LOCK HAVEN - Friday night, a Clinton County jury found Shawn Michael Mills, 43, of North Bend, guilty of Aggravated Assault for a bar parking lot attack that occurred in the Renovo area in October of 2020.  Following a two-day trial before visiting Senior Judge David Klementik of Somerset County, the jury deliberated for just over two hours Friday evening before returning their unanimous verdict.  Mills was convicted of Felony 1 Aggravated Assault - Causing Serious Bodily Injury, Felony 2 Aggravated Assault - Causing Bodily Injury With a Deadly Weapon, and Misdemeanor 1 Firearms Not to be Carried Without a License.

The case was prosecuted by the Clinton County Assistant District Attorney Edward Ferguson.  Mills was represented by Lycoming County Attorney Jeff Yates.  Senior Judge Klementik was assigned the trial due to the recusal of both Clinton County Common Pleas Judges.

The two-day trial saw the Commonwealth call 6 civilian eyewitnesses and 2 State Troopers testify.  Eyewitnesses painted a picture of Mills as being in a highly intoxicated state in the parking lot of the Green Lantern in Noyes Township.  They described Mills has being physically and verbally aggressive with a woman, believed to be his girlfriend, in the parking lot. A man attempted to intervene in the parking lot and he was struck by Mills and knocked to the ground.  Witnesses saw Mills in the parking lot attempting to gouge the man's eyes with his thumbs, and ran to the man's aid to get Mills to stop.

Mills then continued to fight anyone who attempted to get him to leave.  What followed was a series of physical attacks from Mills against several of the witnesses who testified.  Eventually, one of the men that Mills tried to fight, knocked Mills to the ground by punching him in the face.  That's when the victim, an on-looker, approached Mills asking him to leave and to stop fighting.  Mills then pulled out a folding 6-inch blade from his pocket and stabbed the victim 17 times according to medical records.  The witnesses were consistent in their testimony that the victim was never involved in any fight and had no confrontation with Mills.

The victim testified at length at trial.  He suffered major injuries primarily to the lower body and has permanent damage to his leg that caused the victim to limp noticeably in and out of the courtroom.  The victim suffered extensive blood loss due to the stabbing, and injuries were considered life-threatening.

Witnesses reported that Mills then fled the parking lot in his own vehicle, driving East on SR 120.  The victim was quickly loaded into a car and driven to Bucktail Medical Center.  Witness reported that Mills then pulled into nearby Brewery Run, turned around, and then returned to the Green Lantern.  When Mills returned, witnesses testified that Mills fired several shots from a firearm and circled the parking lot.  Witnesses were unable to determine where the shots were directed, but no additional injuries were reported.  Mills then fled again.

Ferguson produced a photograph for the jury that was taken shortly after the incident. The picture was a "selfie" apparently taken by Mills and circulated to several people that night, and it showed Mills smiling giving a "thumbs-up."

Arresting Trooper Damon Braniff, with the Pennsylvania State Police, testified that Mills was quickly identified as the person who had stabbed the victim.  Police obtained a search warrant and a search of Mills' vehicle and residence on Meme Lane in North Bend produced a folding 6-inch knife and a handgun with ammunition that matched spent shell casings from the Green Lantern parking lot.  DNA testing on the knife also connected it to the victim.

Mills faces a maximum of 35 years in prison on the three charges.  The Court permitted Mills to remain on house arrest pending sentencing, over the objection of the Commonwealth.  Sentencing will be scheduled within 90 days. 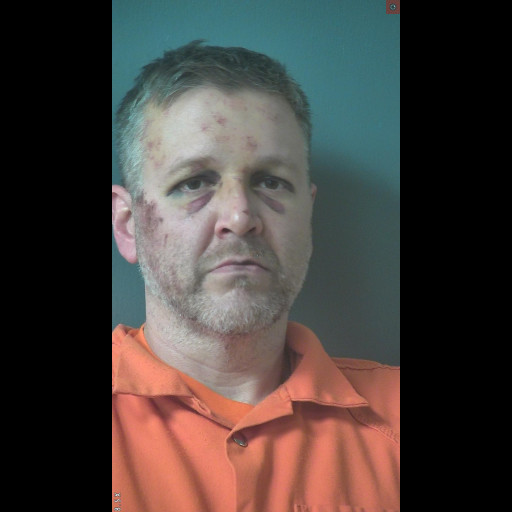