LOCK HAVEN – District Attorney Dave Strouse has completed his review of the shooting of Nurgazy Mamyrov, 27, during an incident Pennsylvania State Police responded to on Interstate 80 East.  On October 5, 2021, at approximately 3:45 a.m., State Police received a 911 call transfer reporting that an armed man was chasing motorists in the rest area located near mile marker 194 along I-80 East in Greene Township, Clinton County.  The 911 caller reported that he had been chased by the unknown man, who was armed, and that he believed the man had “shot out” the windows to his vehicle.

When Police arrived at the rest area, they located Mamyrov inside of a tractor trailer, arguing with another man located just outside of the vehicle.  Both men were arguing in Russian.  Police took the man outside of the vehicle into custody, and attempted to get Mamyrov to exit his truck, but he refused to comply with repeated requests from police.

Witnesses informed police that Mamyrov had chased other motorists earlier in the morning, and had physically attacked at least one other motorist with some type of weapon prior to the police arrival.  Mamyrov continued to refuse to comply with repeated requests to exit his truck, and brandished a large sharp object in his hand as he sat in the drivers’ seat of the truck.

Using several patrol vehicles with their overhead emergency lights engaged, PSP formed a roadblock in the effort to prevent Mamryrov from driving his tractor trailer onto I-80 East.  PSP attempted to get Mamyrov to comply by spraying a chemical irritant into the cabin of the truck, which proved ineffective.

Approximately 58 minutes after police arrived on scene, Mamyrov started the ignition of the tractor trailer.  Mamyrov continued to refuse police requests to turn off his truck, exit the vehicle, or put his hands out through the window.  PSP deployed “spike strips” beneath several sets of tires on the truck in the effort to impede it’s ability to move.

Approximately a 110 minutes after police arrived on scene, Mamyrov released his airbrakes and accelerated rapidly at several PSP Troopers who were standing behind the patrol car roadblock.  Troopers then fired their weapons at Mamyrov’s vehicle as it approached their postion. Mamyrov struck several patrol vehicles, one of which swung violently from the collision and hit a Trooper.  The Trooper was nearly crushed by the vehicles, but escaped with only a mild head injury.

Mamyrov then stopped his truck, reversed it for a short distance, and then accelerated rapidly forward again, driving through the PSP vehicles, and dragging them along the way.  Troopers continued to fire upon the vehicle until it struck two commercial vehicles near the I-80 entranceway.  The truck became stuck against one of the vehicles and Troopers were able to enter the truck and disable the ignition.  Mamyrov’s truck traveled approximately 321 feet forward through the roadblock before it was disabled.

When Troopers entered the vehicle, they observed that Mamyrov had suffered significant gunshot wounds to vital parts of the body.  EMS were on scene shortly after the incident concluded, but Mamyrov succumbed to his injuries at the scene.

An autopsy confirmed that Mamyrov died as a result of multiple gunshot wounds.

After a thorough review, including several hours of PSP dash camera footage, surveillance video, and civilian-recorded videos of the incident, District Attorney Dave Strouse has determined that the law enforcement officers acted reasonably under the circumstances when they fired their weapons at Mamyrov in their own defense and therefore bear no criminal liability for their actions.

The DA’s detailed analysis is attached below. 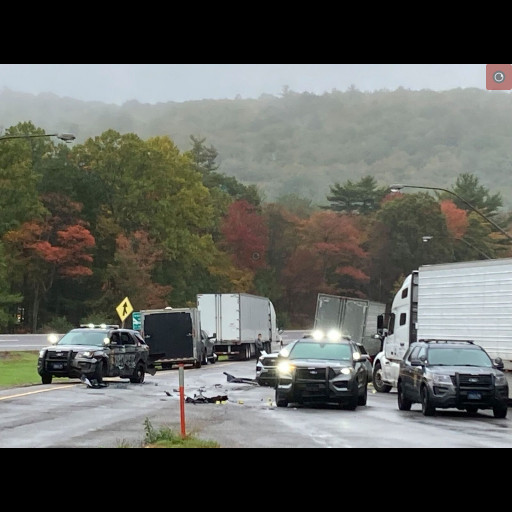