LOCK HAVEN - Clinton County District Attorney Dave Strouse announced in conjunction with Lock Haven City Police that criminal charges have been filed relating to the November 30, 2020 discovery of a deceased 9 year-old boy at a residence at 657 East Bald Eagle Street in the City of Lock Haven.

Jamie Lynne Jackson, 36, was charged this evening with Criminal Homicide, Aggravated Assault, Endangering Welfare of Children, Concealing Death of a Child, Tampering With Evidence, and Abuse of a Corpse.

Police allege that on November 30, 2020, the Lock Haven City Police, Clinton County Coroner, Clinton County District Attorney’s Office and PA State Police responded to 657 East Bald Eagle Street in the City of Lock Haven to investigate the death of a 9-year-old boy who was located inside the residence.

The residence was the home of Jamie Lynne Jackson, the biological aunt of the deceased boy.  Jackson, police allege, had obtained legal custody of the deceased boy and his three siblings sometime in 2017.  They resided with Jackson along with two of her own biological children.  Jackson was the only individual who resided in the household over the age of twelve.

Police were alerted to the residence by a concerned family member after Jackson had frantically contacted them asking for help.  When police arrived, they found that Jackson had been shampooing the carpet and cleaning the deceased boy’s room and other parts of the residence.

Jackson told Lock Haven City Police Detective Rich Simpson that the deceased boy had injured himself in the days prior to their arrival.  She claimed to have found him in his room, unclothed and seriously injured with an unknown substance coming from his mouth.  She told police that she then washed him, clothed him, and placed him in the upstairs bathtub where he remained for approximately 24 to 48 hours, during which time she shampooed the carpet in the residence, disposed of various items from within the residence, showered, slept, and cared for the other children in the home.  According to Jackson’s statement to Detective Simpson, the boy did not move from the bathtub after she placed him there, and she assumed some time later that he had died.  At no point in time did Jackson contact 911 or seek medical assistance for the boy.

When police arrived, they found the boy obviously deceased, fully clothed, lying in the upstairs bathtub.

Police and the Clinton County Coroner arranged for an autopsy to be conducted on Wednesday, December 2, 2020.  During the course of examination, Police discovered extensive physical injuries to the boy consistent with repeated physical abuse to the head, neck, torso, arms, legs, and pelvic region.

The preliminary manner of death has been determined to be homicide. Due to the extensive nature of the injuries, a final cause of death was not immediately available and is pending additional forensic examination.

Jackson was taken into custody this evening by Lock Haven City Police and taken to the Clinton County Correctional Facility where she awaits arraignment by a Magisterial District Judge.

The investigation remains ongoing and additional information will be released by the Office of District Attorney upon completion of the investigation.

Anyone with information about this case is asked to contact law enforcement immediately.  Lock Haven City Police: 570-893-5911; Clinton County Detectives: 570-893-4141.  Information can be provided online at www.clintonDA.org.

Lock Haven City Police will not be commenting on the case and any inquiries should be directed to the Office of District Attorney.

Please note that the above release is a statement on the status of an active criminal prosecution and in no way should be interpreted as a conclusion of guilt.  All individuals charged with a crime are presumed innocent until proven guilty beyond a reasonable doubt in a Court of Law. 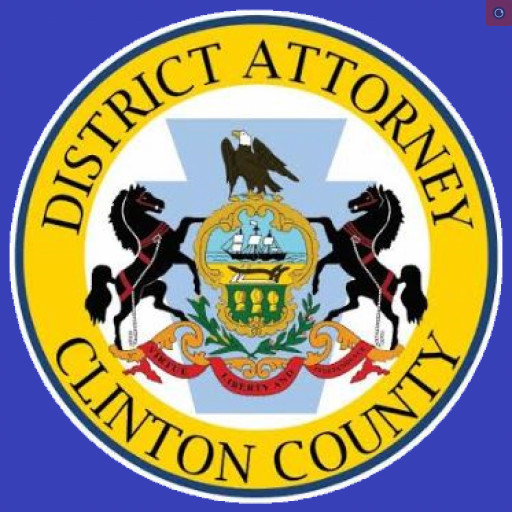